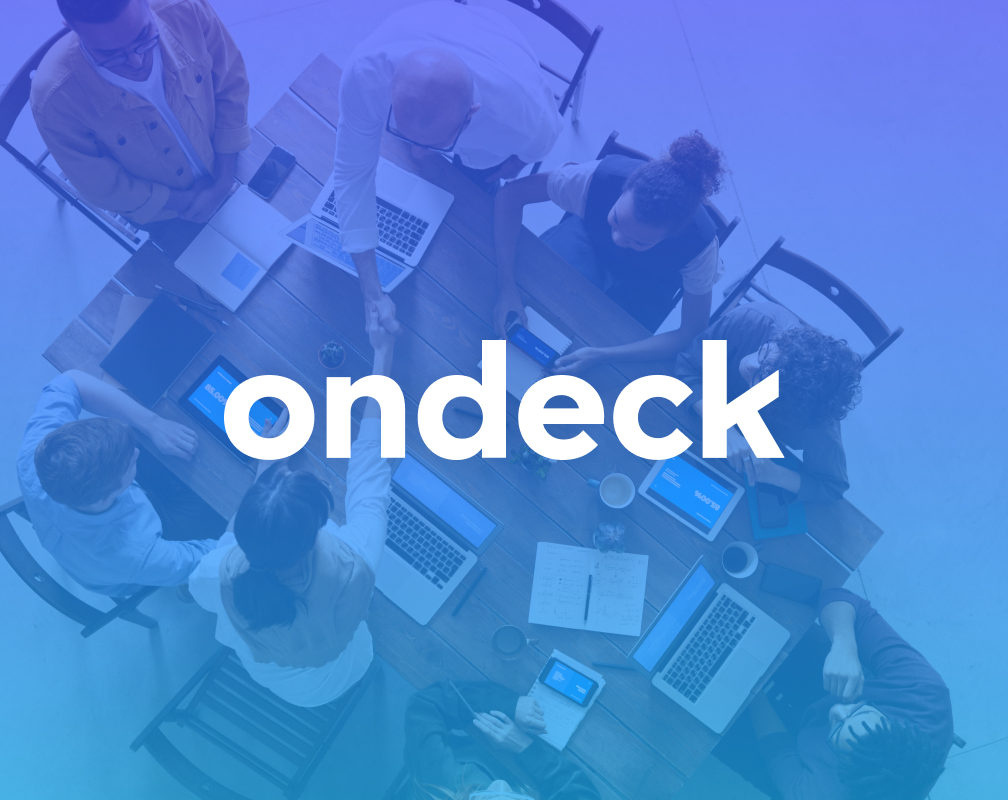 That's where OnDeck comes in. They provide loans and credits to small businesses—quickly and efficiently.

Key to their success is the performance—and compensation—of their salespeople. Which is why OnDeck relies on Performio for sales commission software. Used by companies such as Johnson & Johnson and Vodafone, Performio allows OnDeck to quickly and accurately calculate payments and commissions for their sales teams in the U.S., Canada, and Australia.

“The biggest thing Performio is doing,” said Brandon Graham, Incentive Compensation Manager at OnDeck, “is giving our salespeople transparency into what's making up their numbers so they can see every day what they've sold—and what their commission is month to date.”

“Our managers can also quickly see at the beginning of each day how each of their team members is tracking toward their quotas. This is data we can’t get anywhere else and helps managers target reps who may need some extra help in a certain month.”

Before implementing Performio, OnDeck had been using Xactly, another incentive compensation management solution. However, the ease of commission calculations and reporting left much to be desired.

“One difficulty with Xactly,” said Mr. Graham, “was that their system seemed built by computer programmers and not by people who actually would use it. It always did things in a kind of wonky way that didn’t always make sense.”

“We were able to get commission statements out once a month. But never got to the point that we were loading deals regularly because of how difficult it was to connect Xactly with Salesforce.”

A big selling point for OnDeck was the ease in which Performio connected to Salesforce. In fact, there’s an import into Performio at 3:00 every morning, so OnDeck managers and salespeople can see their numbers daily.

Ease of configuration and user experience also played a part with going with Performio.

“We were looking for a system,” continued Mr. Graham, “that could be more nimble for us, quicker to deploy, quicker to make changes in, and that we could have more ownership over. Performio provided that.”

“We also just really liked the user interface. We felt it was really easy for a rep to quickly see what their commission details were. Plus, having a single sign-on capability was big. Our salespeople can open a tab in Salesforce, and they can see Performio without a separate login.”

A Willingness to Go Further

“When we asked Performio for a demo, they went about it in such a way that we were all impressed. They went on LinkedIn, found a bunch of our salespeople, loaded them into the system, then asked me for a comp plan and some sample data. They built that comp plan into the system with our salespeople and our data and used that in the demo.”

“We thought, WOW if they’re willing to put this much effort into the demo, they’re probably really willing to put in the work to make their customers happy. Whereas another company we looked at was like, ‘Well I don’t know if we can do that. I mean, I can show you some screenshots.’ Knowing Performio could handle the complexity of our plans and data was huge for us.”

“One of the things that helped a lot internally is how Performio has simplified our audit process. We’re a publicly traded company,” explained Mr. Graham, “so we have auditors coming in to examine our financial statements.”

“As part of the process, the auditors usually select 30 or so random commission samples and want to see the calculations behind them. What’s been beautiful in Performio is that I can bring up the commission table for any line item and agent, and that pretty much shows the auditor every little piece that works out to the total.”

“We’ve had cases where calculations from Xactly were so confusing that the auditors always had questions about just how the data is shown in their tables. An audit is something I hate dealing with because it’s just like pulling teeth. To be able to just extract out the lines from the commission table with Performio and send them over made this last audit so much easier.”

Life Is Easier With Performio

“Performio makes my life easier,” summed up Mr. Graham, “in that I can spend more time working on bigger picture things, and not be in the weeds of calculating commissions all the time. I can have more time working on analysis, see if our plans are working, what changes we may want to work on. The sort of stuff that’s bigger than the calculation.”

“What’s more, I’ve heard tons of our salespeople and managers say how they love that they can now see exactly where they stand every single morning and what they need to do to finish off the month well. I think having that level of transparency is huge for sales.”