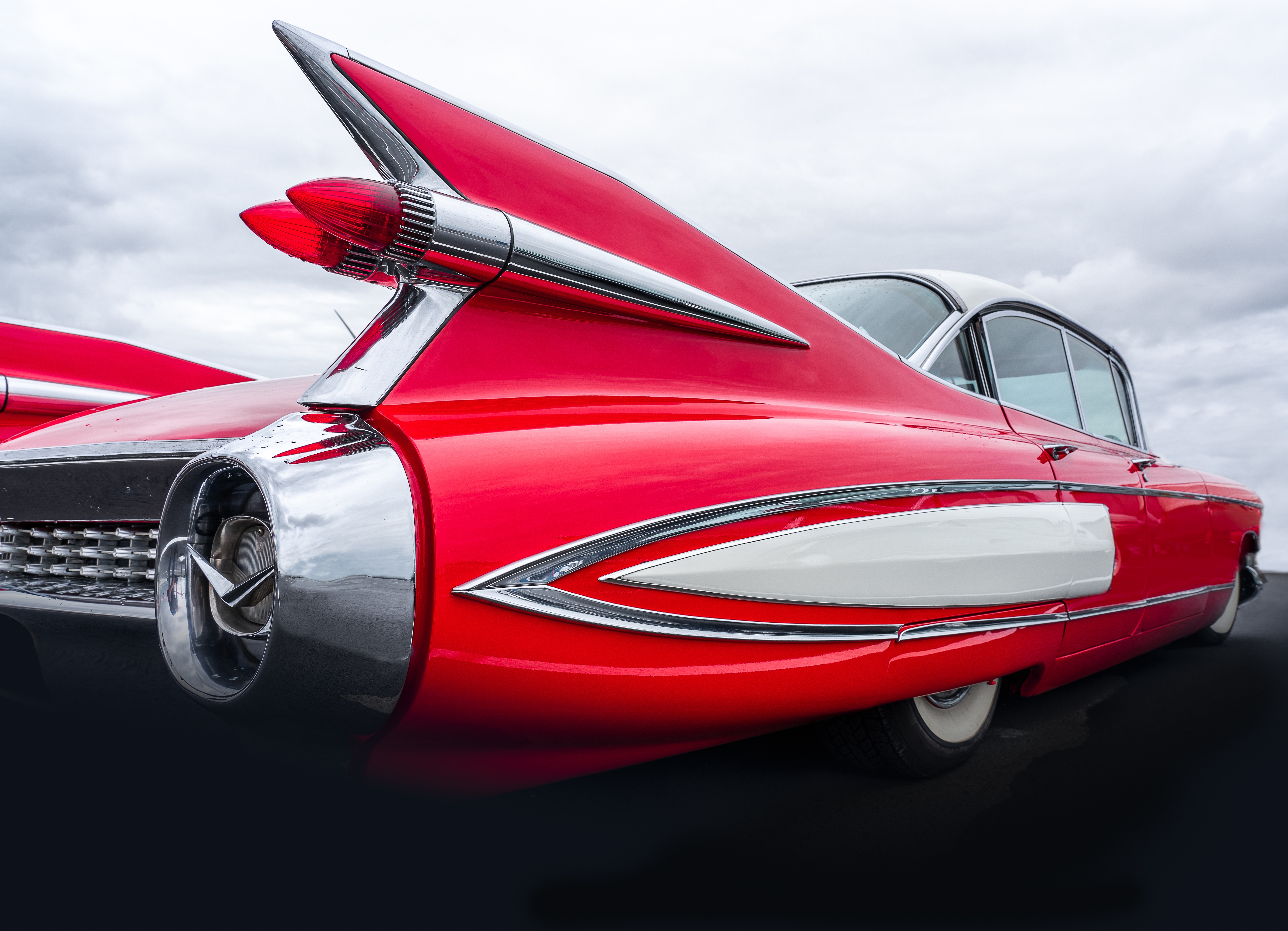 Like Alec Baldwin famously said in one of the greatest sales movies of all time, "We're adding a little something to this month's sales contest. First prize is a new Cadillac… Second prize is a set of steak knives, third prize is you're fired!" Incentive compensation plans have come a long way since the Glengarry Glenn Ross sales era. While depicted very bluntly and somewhat harshly, there is something to be said about the intense, competitive atmosphere whose close partner is always on-target earnings models.

On-target earnings (OTE) is a common compensation model that companies use to pay and motivate salespeople. Also known as “on-track earnings” or “on-target incentive,” OTE is the expected total pay from a job: a combination of fixed salary and variable income.

When done right, an OTE model will keep your sales force motivated and your commissions expense forecasts accurate. To help you get a handle on how OTE models work, this guide covers the following topics:

On-Target Earnings (OTE): What it is and how it works 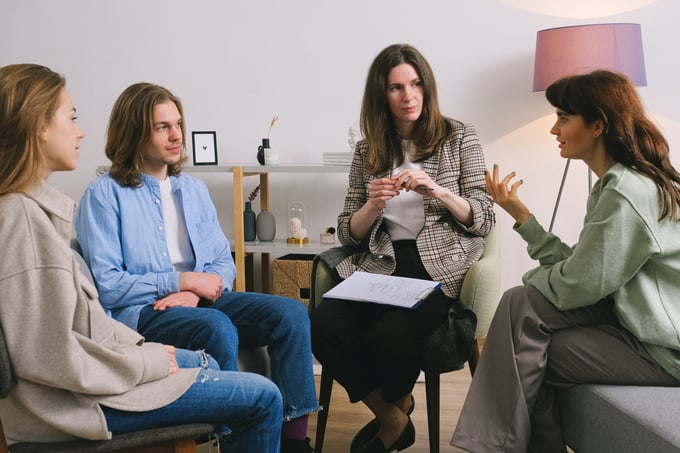 OTE models mix an employee’s base salary (fixed income) with commissions that are earned by performing their job. An employee’s OTE is the total amount of money they should expect to make in a year if they hit their quotas (i.e., if they’re “on-target”). Determining your OTE model is a key component of creating your sales compensation plan.

The subject of OTE usually comes up in conversations around hiring salespeople. It’s common for hiring managers to list OTE in sales job descriptions to give hopeful candidates an idea of how much money they can expect to earn if they win the role.

For example, a candidate might apply for a sales rep role with a listed OTE of $100,000. During the interview process, the candidate might find out that the role’s base salary is actually $75,000—but if they hit their sales quotas, they can expect to make an additional $25,000 in commission. (And if they exceed their quotas, they could earn even more.)

The benefits of using an OTE model

OTE is used to properly compensate or reward sales reps for hitting their quotas. However, one of the biggest benefits of OTE is increasing employee engagement, motivation, and participation.

A good sales commission OTE that is easily achievable can create brand ambassadors and long-term employees. If your organization struggles to improve productivity, establishing a new OTE could make a substantial change.

How to calculate OTE

In its simplest form, OTE is calculated by adding your base salary and on-target commissions. You can think of it as a simple formula:

Calculating OTE gets more complicated when you start looking at all the different ways that commissions are assigned. For example, a sales rep in SaaS might earn a 10% commission rate for new customer accounts and a 2% commission rate for any professional services sold on top of the SaaS subscription.

Payment periods can complicate OTE calculations, too—you need to account for when these commissions are considered “earned,” when they’re paid out, and when you balance for attrition (such as a new customer that unexpectedly terminates their engagement).

When it comes to sales commissions, OTE is almost never guaranteed. This is important to understand both as a sales comp administrator (or hiring manager) and as an aspiring sales rep. Salespeople should be told up front that OTE isn’t exactly what someone will earn with a job. It’s a way of letting potential hires know approximately how much they can expect to earn if they hit their targets.

This is why it’s important for hiring managers to not only share OTE, but also the average percentage of salespeople who actually get their OTE. Doing this helps set expectations with a new hire, and mitigates confusion when variables outside the salesperson’s control come into play.

OTE should be considered the possible (and achievable) project commission that a sales representative can earn in a year if they hit all of their sales targets. So when setting up your compensation plan, you should not treat OTE as a stretch goal in disguise. Commission targets should be reasonably achievable—this keeps your sales force motivated, and makes for much more accurate forecasting of both revenue and commission expenses.

Remember: your OTE model should motivate your employees and properly compensate them for their hard work. A high OTE with a high achievement rate will attract and retain the best talent.

Guidelines for setting up your OTE model 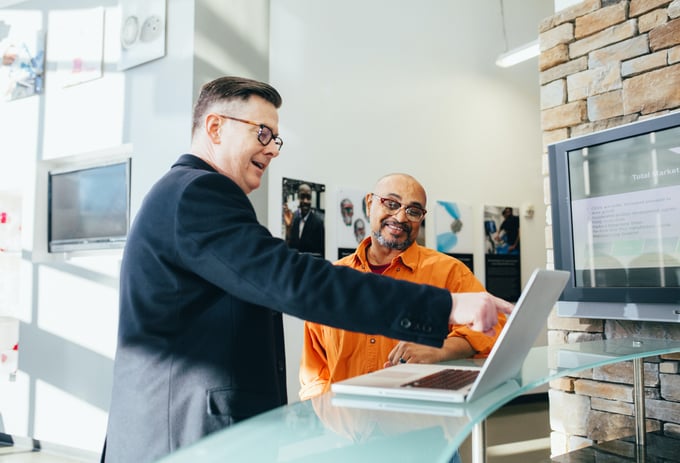 Sales comp administrators and stakeholders who want to determine the best course of action for a sales role’s OTE should consider a few general guidelines.

To start, it is usually a good idea to base the OTE on approximately a fifth of the total annual sales quota. Standard commission rates vary across industries, and your own OTE model should be informed by your internal sales processes,  your unique industry, your sales representatives’ experience, your management teams, your unique sales process, revenue, sales role popularity, and much more.

Pay mix is the ratio of base salary to commission: it describes how much of an employee’s OTE is guaranteed (base salary) and how much is dependent on their performance. In the example we used earlier, a sales rep was paid $75,000 as a base salary, with expected commissions of $25,000—which translates to a pay mix of 75/25.

As a general rule, a pay mix of 50/50 is a good starting point. It’s a common mix and provides a good balance between base rate and commission. A high pay mix is weighted more toward fixed income, while a low pay mix is weighted toward variable income. Neither is inherently better or worse than the other—they just appeal to different kinds of salespeople.

A well-balanced pay mix not only helps you project expenses and keep employees motivated—it helps you attract the right kind of salespeople to your company in the first place.

For example, a pay mix of 10/90 means the majority of the employee’s pay will come from commissions. This can be very appealing to people who embrace a “high risk, high rewards” mentality, but it’s going to turn away folks who want a steadier paycheck.

On the other hand, a pay mix of 90/10 communicates a lot of stability, but much lower expectations around commissions. This can be a turnoff for more achievement-oriented candidates.

Factors to consider when setting your OTE model’s pay mix

OTE pay mix can vary from role to role, and it’s usually smart to set pay mixes differently for the various roles involved in the sales process. When determining a role’s OTE pay mix, it’s best to consider these important factors.

Prominence of the sales role

If your company has a short sales cycle, a lower mix makes sense: the sales team should be closing plenty of deals in any given period. However, for longer sales cycles, a higher pay mix may be necessary to motivate salespeople to stick with it. (A higher commission percentage is often in order, too.)

Complexity of products and services

The more complex your offering is, the more likely it is you’ll need your salespeople to really understand the industry they’re selling into. Experience and expertise don’t come cheap, so these kinds of candidates will expect a higher base salary.

Ramping up your OTE for new hires

In many sales commission scenarios, reps will need additional time to get the hang of the role. It’s considered good practice for sales organizations to offer sales reps a draw (or pump up their overall commission rate) to compensate for initial low quotas.

OTEs are usually “fully ramped,” that is, the OTE figure doesn’t take on-ramping quotas and payouts into consideration.

Even large enterprises can struggle with calculating OTE for sales candidates. Typically, there are two points during the hiring process at which issues with OTE arise.

In either situation, the OTE number boils down to little more than a cheap persuasion tactic, which breeds discontent and bad will among employees. The best way to avoid this is to ensure that the employer, the candidate, and any third parties involved in the hiring process all agree on a singular OTE. That number will be what a new sales rep expects to earn if they reach 100% of their quota every year, and that number should reflect the truth of their compensation. Otherwise, you can expect a high turnover rate and the loss of good sales reps once the truth comes out.
Realistically, the best solution to keeping good reps that churn out quotas with gusto is to keep your company’s OTE simple and honest. Ensure that it’s the only number your potential hires understand and can agree to, and try to base it as closely as possible on the candidate’s established earnings via their W2 paperwork. If you want to make your offer more attractive than your competitors’, bump the OTE up a bit higher than their past earnings—but be clear that this assumes they will continue to grow as a salesperson. And maybe save the extremes of a free Cadillac and a set of steak knives for the movies. 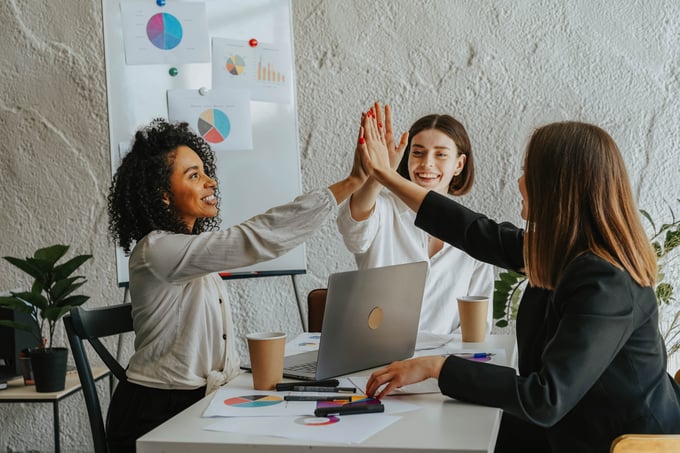 As you can imagine, managing the OTEs of an entire salesforce by hand involves a lot of math and/or a lot of spreadsheets. This is why more sales compensation admins are turning to Performio’s ICM software.

If you want to increase transparency in your sales compensation calculations and help your sales representatives do what they do best, Performio is here to help. Schedule a demo today to see how we can help you set and manage your OTE model and more.

When developing a compensation plan for your sales representatives that’s based on on-target earnings (OTE), sales quotas.

Why Few Consider A Sales Career As A First Choice

Did you know that few people consider a sales career as a first option? Now, this could be for a variety of reasons,.