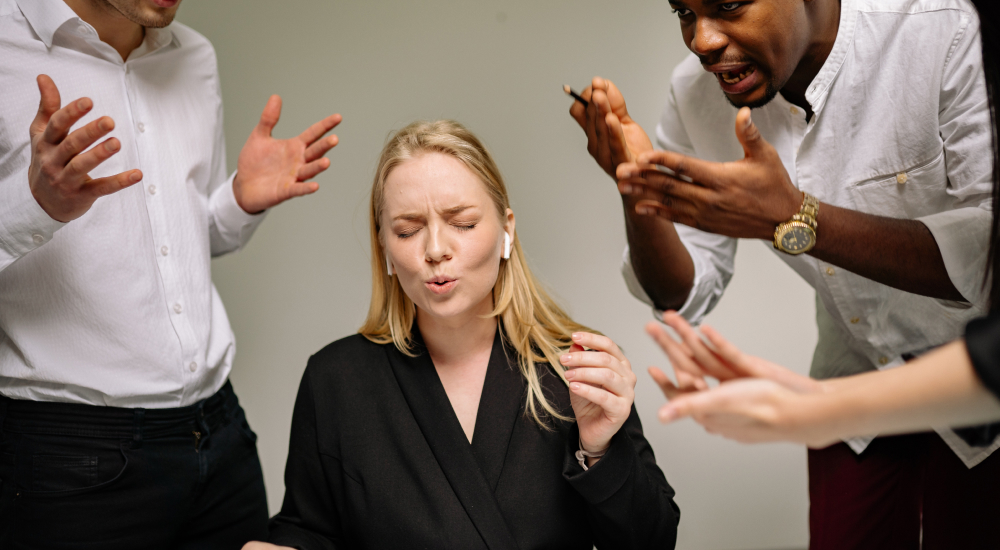 Hewlett-Packard found themselves in hot water with their salespeople when their sales commission software wasn't able to keep up with the demands of their business.

Although the companies had agreed to the payout in 2017, it wasn’t until earlier this year that the court approved the arrangement reached between HP, HPE, and the plaintiffs.

The approval was the culmination of a nine-year court battle that started years before HP split into two separate companies. The company salespeople sued HP and HPE, claiming the systems they were using to track commissions were not working correctly and that people were not being paid on time or, in some cases, not getting paid all.

While it’s likely the lawyers will make the most money off the settlement, many salespeople can expect to receive checks in the thousands of dollars, and some probably in six figures.

Media outlets reported in 2017 that multiple people alleged HP had miscalculated thousands of dollars of compensation due to salespeople because the software it was using failed to work properly. Other sources claimed the setup for the compensation software known as MyComp was “overly complicated." It allowed users to input sales data one day and withdraw it the following day.

Salespeople alleged MyComp would incorrectly calculate their pay, issue smaller-than-expected commission checks and, in some cases, tell salespeople they owed money to the company for overpayments. In this latter case, HPE mistakenly told one salesperson he needed to pay the company back $130,000 after the first quarter because he had taken a draw, or an advance, on future commissions. A salesperson at HPE, however, could only take a limited draw, and there was no way this salesperson could have received that much money in such a short period.

Another problem was that upstream data flows were slower than expected, and the links between orders and customer account names were often disconnected. One additional issue involved value-added resellers, known as VARs. HP would often sell some of its merchandise to its smaller customers through these VARs. These third parties ordered these products through distributors, and HPE salespeople were supposed to receive compensation. It ended up being problematic because the company didn’t have an accurate way to track which salesperson should receive credit for a particular sale.

One HP salesperson said the software that tracked achieved sales goals vacillated wildly, one day reporting around 90 percent of his sales goals achieved, and the next day near 30 percent. And the entire sales team had the same issue.

HPE CEO Meg Whitman ordered the people responsible for MyComp to fix the problem and pay the salespeople appropriately. Later that year, many the salespeople received what are known as “true up” checks, which were supposed to provide adequate compensation. Unfortunately, these payments were also wrong. Once again, many salespeople didn’t get what they deserved, while others got too much. Those who had gotten overpaid worried HPE would request the money back. Some who had received more than their fair share left the company, rather than wait for the company to ask them to return the money.

Salespeople had allegedly complained about the MyComp system for years, but HP didn't realize they had a problem on their hands until 2016-2017. In 2017, one of the company’s top executives sent an email apologizing to the salespeople about the issues with the compensation system.

The situation, however, got worse for HPE and HP when one of the companies' leading salespeople sent an angry email to top executives in the company and to others who work at distributors, which then made its way to the entire industry.

Although an HPE spokesperson told media outlets the company continued to pay people on time and properly, HPE decided to settle the case.

One of the plaintiffs’ lawyers said that they would be receiving more than a “token settlement.” The plaintiffs' share of the settlement will be primarily based on the last month of their average salaries. As well, the two companies will pay over $1 million in penalties to the California Labor and Workforce Development Agency.

And, of course, HP and HPE have promised, once again, to fix how they will track compensation for their salespeople.

Hewlett-Packard and Hewlett-Packard Enterprises are reputable companies, yet their experience with their compensation software shows how important it is for employers to get it right. Though HP and HPE may be the most well-publicized examples of these kinds of compensation issues, they may not be the only ones who have had these problems. It is a reaffirmation of the importance of getting sales compensation correct for the sake of compliance and risk management.

What Can We Learn From a Sales Performance Software Mishap?

One of the many takeaways from all the various stories about Hewlett-Packard’s experience with its compensation software is that it was dealing with a culture that did not want to update with the times.

Some of the reporting on the HP situation alleges Whitman had seen the problems with the compensation software as yet another case of a stymied culture at HP. Whitman described it as the “frozen middle” — several thousand people who worked there were stuck in the past and were unwilling to change.

Changing a stymied or toxic culture is key to creating a successful business, but it can be challenging. A 2018 article described it as like trying to change the course of a river. When an organization finds itself in an existential crisis, drastic measures are necessary. Among the changes recommended are strategies intended to dramatically change the geography of the organization so what people historically knew becomes unrecognizable.

According to the article, the key elements in shifting a toxic corporate culture include:

Sales culture becomes a fundamental component of any business that wants to become a high-performing company. A crucial part of developing a healthy sales culture is developing a sales compensation plan everyone can agree on.

We understand getting everybody on the same page can sometimes feel like herding cats. When you’re working with a large group of people, convincing them all to move in the same direction can be a challenge when there are different ideas about what is necessary and the best way to proceed.

That’s why it’s vital to create a framework everyone can support. So, the question becomes: When you’re beginning a planning process for a sales compensation plan, where do you start? Here are some goals to aim for.

Following these procedures can get you moving in the right direction, and help you create a sales compensation plan based on shared ideas and knowledge. Your salespeople will understand how they will get paid, and what that compensation is based on.

One other thing: Don’t start the planning process a month before your fiscal year ends. Begin in the last quarter of your financial year, and do it sooner rather than later.

Modeling a sales compensation plan is still tricky. Often, businesses base their forecasting models on sales from the previous year. But will next year’s results be the same as last year’s? No, and it’s a mistake to think of it that way.

Think of each year as being like a snowflake or fingerprint. Many idiosyncrasies can change commission expense, such as a large sales force that sells multiple products. These were some of the problems HP allegedly confronted. The complexity of your organization can make it difficult to repeat. If you make faulty assumptions and model your sales compensation plan on them, it's not going to be a good indicator of future results, and it will be hard to create a plan your salespeople and staff can believe in.

Compensation expense is a moving target and a tremendously dependent variable. Taking the time to plan properly, to involve leading shareholders, to rely on data rather than intuition, to explain the plan carefully to each of your salespeople so they know what to expect, are primary elements of creating a successful sales compensation plan.

Sales Compensation Is Challenging — but Crucial — to Do Right

We talked about how critical it is to get sales compensation correct for the sake of compliance and risk management. But how do you know you’ve gotten it right? Even a perfect, automated solution still has vulnerabilities at various points. This is true of any system. No matter how much you spend on tech and resources, there will always be a degree of risk in terms of:

Good quality assurance practices reduce risk, but can never fully eliminate it. The question then becomes: How do you protect yourself from alienating your employees, and in the worst case, having to deal with a multimillion-dollar lawsuit as HP and HPE did?

Here are a few suggestions:

Ensure there are multiple positive feedback loops baked into your system. These workflows ensure you seek the review of payees as well as your managers to identify any possible issues at the source and that the time they occur. Ask them to sign a statement asserting they accept the compensation payable. If there is a rejection, at least you can identify it for action and know it is likely a single problem — unlike the Hewlett-Packard situation, where the issues seem to have been widespread and systematic.

Set up your solution to be robust and flexible. Automation and system integration are essential goals — not just for productivity, but also for data integration. But can you go too far? You need your solution to have a “safety valve” that allows a commission’s override or adjustment to account for exceptions or overrules on the standard policy. The ability to update source data with the necessary audit controls in place is vital.

3. Get Your House in Order Before Starting the New Year

Never start a new financial year with disputes pending from the prior year. Based on the reports in the media, HP allegedly had a wide-ranging and rolling set of disputes that went unresolved over many fiscal years. Sales incentive compensation is a powerful driver of sales performance when done correctly. It can motivate your salespeople toward top performances. When it's incorrect, however, it becomes a noisy distraction. So if you have any disputes pending from the previous years, see if you can resolve them before you start a new financial year. You need to have a clean and tidy house before you launch a new sales compensation year.

It’s hard to overstate how important a competitive sales compensation plan can be for your company. A well-thought-out and executed plan incentivizes your workforce, increases your profits and helps you develop a mature and successful workforce culture.